Women know everything about the big struggle to tame your hair. It hurts sometimes when you try to run the comb through the tangled locks. It’s just impossible for you to get ready on time when your hair looks like you just put your fingers in the socket.

Even this 21-month-old girl knows everything about the difficulty of trying to comb your hair. 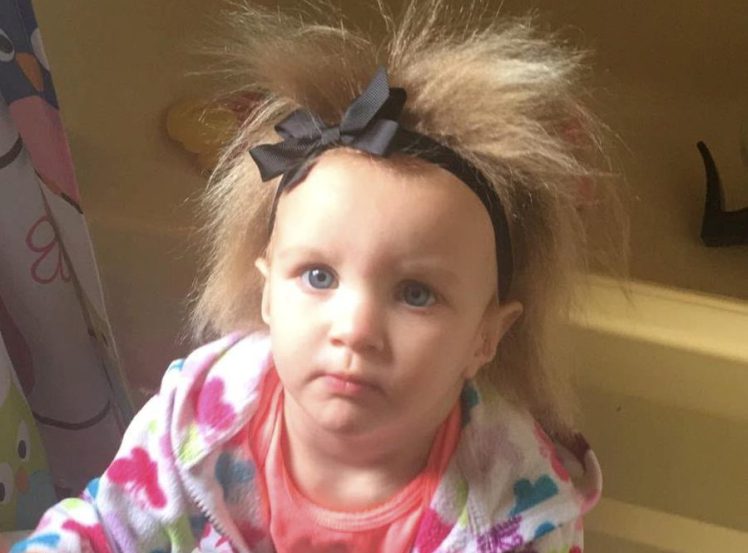 Wait until you hear the real reason behind this condition.

She is among the 100 kids in this world that have the Uncombable Hair Syndrome. Yes, there is something called like that. A condition that leaves her hair straight up and it’s absolutely impossible to brush it down.

The hair follicles are kidney-shaped. The regular follicles are round. You can see her hair always being tangled and static. It’s just refusing to go down.

Jamie Braswell, her mom, says that she tried thousands of products to settle her hair, but nothing helped. 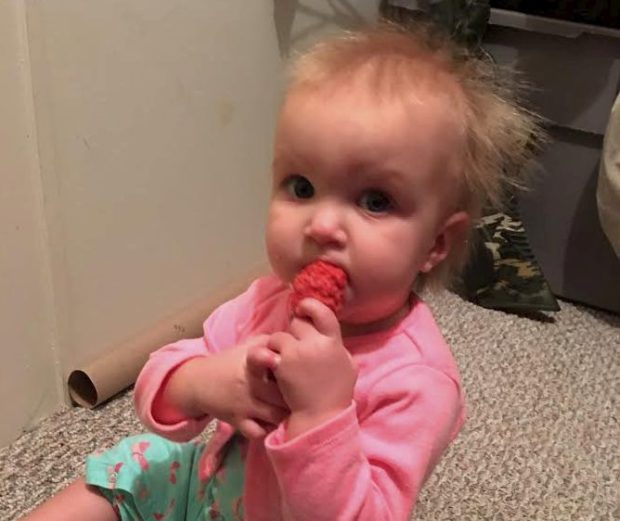 And the reactions of the public are different, as well. Her mom explains that people react differently saying that she is going to hate her when she grows up and sees the photos. They think it’s Jamie is doing this to her child on purpose.

“We were in the grocery store once and a lady said “she is going to hate you when she looks at her baby photos because you let her go out in public like that.”

“People say, “you should brush it better. Why don’t you put it in a ponytail?” But that hurts her.

‘Every morning it is sticking straight up and throughout the day I try and spray stuff in it to keep it down, but within 30 minutes it’s spiky again.” 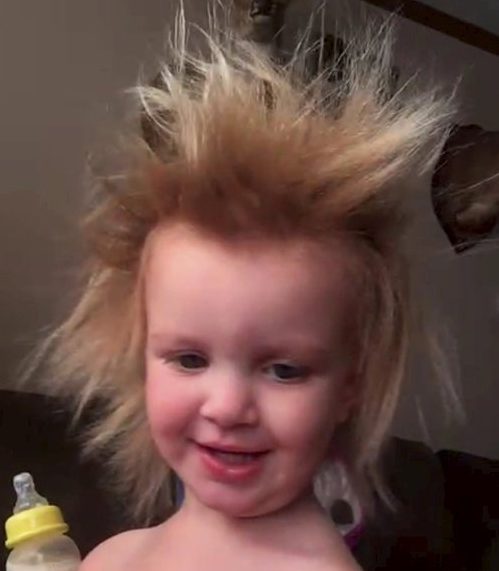 There is researches from Universities of Bonn and Toulouse covering this topic. They say that this uncombable hair syndrome is one of those rare anomalies that could improve with age. It’s up to the mutation in one of the three genes: TCHH, TGM3, and PADI3.

Phoebe is set to undergo further tests if she has the faulty gene. If she does, she will be one of the 100 cases in the world diagnosed with this. However, scientists believe there are more cases that are still uncovered. 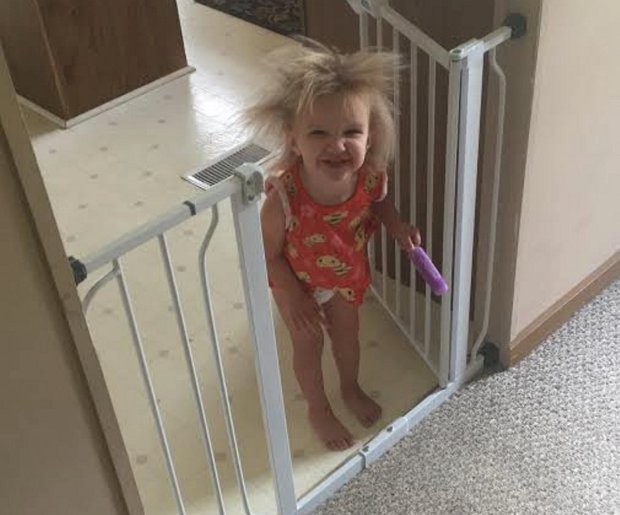 “You never think that your child is going to have a rare disorder, but I absolutely love Phoebe’s hair,’ says Jamie. ‘It’s just Phoebe.

‘She loves the Trollz and Poppy is her favorite, with the pink hair. When Phoebe turns two in three months she’s going to have a Trollz-themed party.

‘We joke and call her our little Poppy because her hair sticks up just like the doll’s.”

We hope everything will be fine with Phoebe. Even though I love her looks!