Do you watch Orange is the New Black?

Of course, you do. The star Adrienne C. Moore opened up about her natural appearance with her figure and natural hair.

The 36-year-old actress was a part of the documentary Straight/Curve, which explores the density of bodies in the all fashion industry.

In one of the episodes, she confronted with a challenge. The script said that she needs to shoot a scene wearing nothing but her underwear.

According to her, she was nervous at first. That’s because there are lots of female artists out there with different body sizes looking better than her.

She felt uncomfortable during the scene in the film where she is with a bra and panties. It was a scene where the character needed to cover herself in body spray into the bathroom. 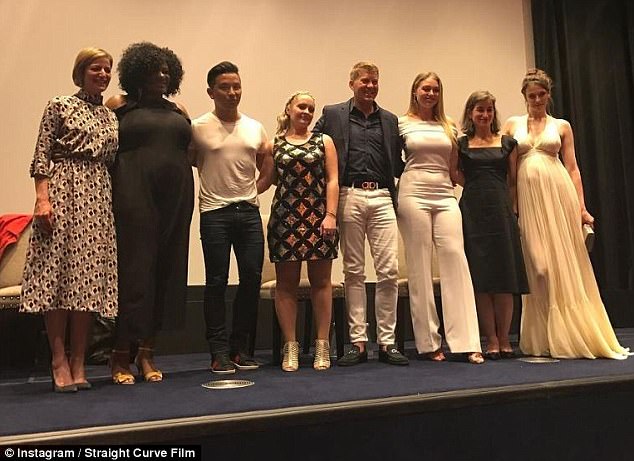 “I was so nervous to film that scene, and I wasn’t even naked,’ she said. ‘We have several scenes with nudity in it, and I was just in a bra and panties. But I was so mortified about my size G/H breasts and my rolls, and being on TV and what people would say about my body.”

Before the scene, she urged the costume designer to send her different pairs of panties. She wanted to explore the options before going in front of the camera.

‘I wanted the panties to come up past my belly button. I wanted every roll as covered up as possible,’ the actress continued. ‘I remember when I walked on the set, I was asking the producer, “Can we get a clothed rehearsal? Can we do this thing?”

‘But when we started filming, and I guess getting into my Cindy zone, I started forgetting more and more about the fact that I was frolicking around this bathroom in panties and underwear.

‘By the end of the day, I was just walking around the set in my panties, like, “Are we ready to go to set? Are we doing this thing?”

Here is her interview for Straight/Curve

“The reaction from the audience was “Yes, the curvy, the sexy”—it just further fueled my confidence in that moment,’ she added. I said, “You know what? I think I could do more scenes like this.”

The reactions from the viewers helped her get a real boost of her self-confidence. They strive to change the fashion industry, and it could come out something good of it.