When you’re mommy is pop superstar Beyoncé and your daddy is rap mogul Jay-Z – you better hope and pray you got given some of their rhythm in your DNA.

But it looks like Blue Ivy Carter has nothing to worry about after stealing the show at her ballet school’s recital. 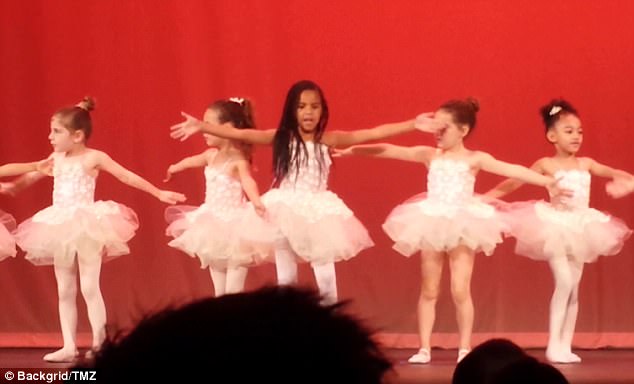 As the adorable youngsters danced to Earth, Wind And Fire’s hit September, Blue Ivy added her own unique twists and turns.

Just like her famous mom she seemed totally at home on stage as she took center stage. 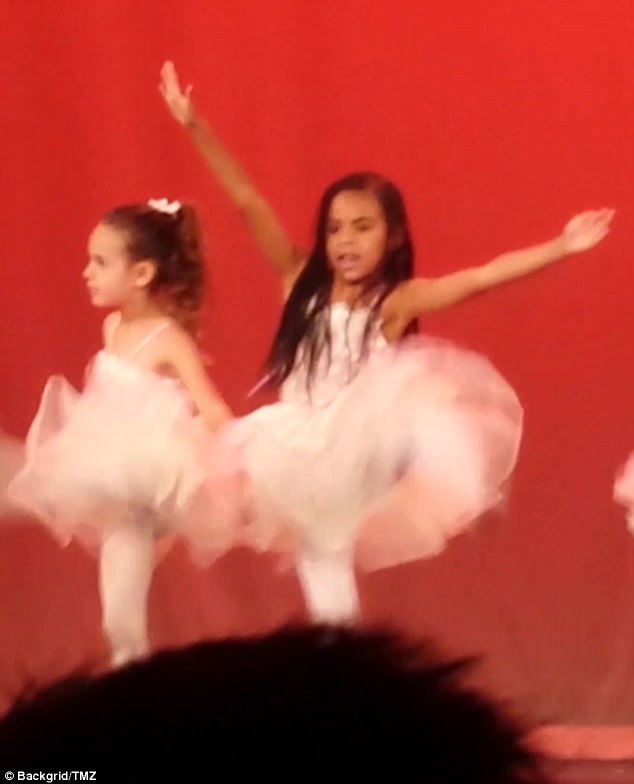 The video from the adorable event sees the five-year-old wearing a white tutu.

While her fellow dancers all wore their hair up in true ballerina style, Blue Ivy stood out as she danced in the middle.

Embracing her culture Blue Ivy wore her hair in cornrows that fell on her shoulders in long loose braids. 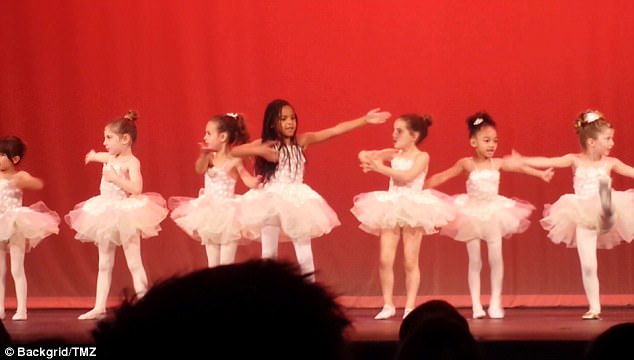 Her dance recital comes as Blue’s heavily pregnant mom Beyonce gets ready to welcome twins. It has been reported, that Blue Ivy will be in the delivery room when Queen Bey gives birth.

Jay and Bey allegedly want to include Blue as a way to prepare her for becoming a big sister.

‘They’re worried that their daughter might feel left out when the twins arrive, so they’re trying to make sure she feels involved every step of the way,’ a source told Britain’s Daily Star Sunday newspaper.

The publication claims the couple have even splashed out on a nurse’s uniform for Blue Ivy designed by French label Givenchy, believed to cost $1,015.