You are looking at Sarah Robinson. She is a single mom.

She is one of those mothers who are left to bring their kids on the right path on her own.

The story behind this arrest is shoplifting.

A Kansas cop came to arrest her for stealing $300 worth of baby wipes, diapers and baby shoes.

She didn’t want to do that, but her kids needed this.

On top of this, Sarah is a widow and a homeless mother of six and very desperate children.

That’s the main reason why officer Mark Engravalle did something brilliant. 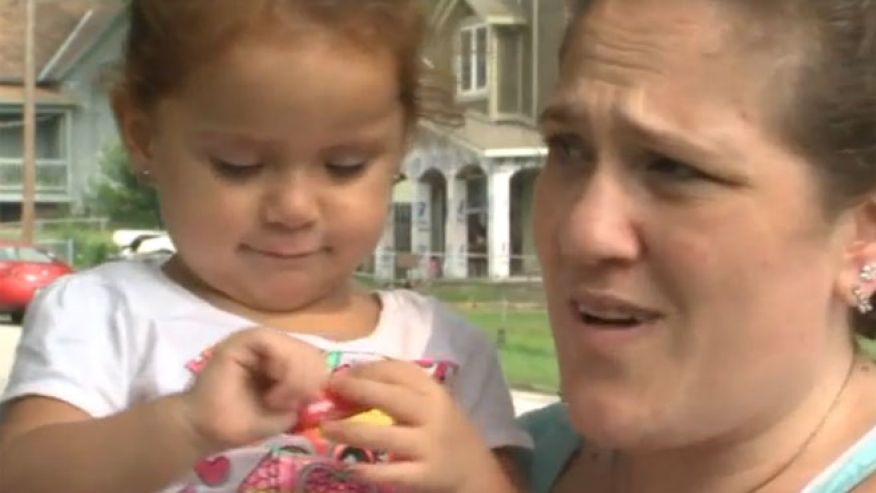 He said: “What she did was against the law and wrong, but her heart was in the right place wanting to take care of her children”.

Three of her children were barefoot when she was caught shoplifting.

With tears in her eyes she admitted she is “not a bad mom, just made bad actions”.

“It’s humiliating that I could be at this point where I would do something like that” – she continued.

Right after she stole those things and left Wal-Mart the cop showed up.

Instead of arresting her, he offered help by paying for the things she took.

Officer Mark saw through her eyes saying that Wal-Mart may consider her like a criminal, but he sees her as a mom going through tough times.

There are many stories involving single moms like this.