I think this is too much for me today. I can’t stop crying. I called all of my siblings to tell them that I love them. Brothers, sisters, and cousins, can be close. Nothing can break that blood bond between siblings.

They have their own secretive language. They can feel the emotions of the others without saying a word. They can even read each other’s thoughts.

It’s amazing how this happens, but I know it’s possible because I have a brother and a sister.

What you are going to read now broke my heart. This picture will be stuck in my head for a long time now. 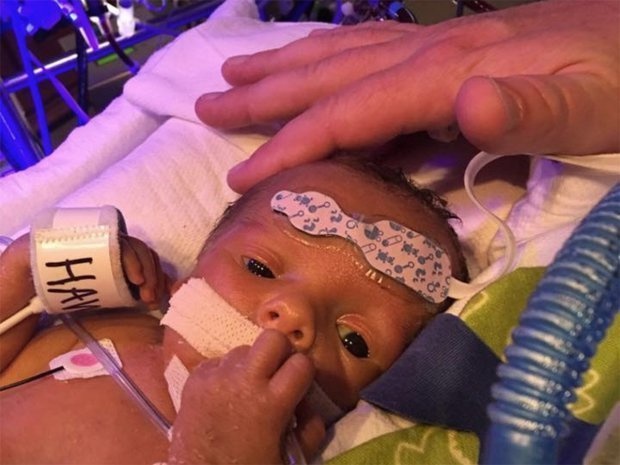 Tommy Buchmeyer and Brandy Guettler became parents of twin boys, Mason and Hawk. Both were born prematurely and rushed to the NICY in Fort Pierce, Florida. One of them, Hawk, got diagnosed with CDH. That’s a rare condition that prevents the lungs to grow fully.

A couple of weeks later, Hawk underwent a necessary surgery. Even though he is just a baby, Mason felt the absence of his twin brother. He was feeling fussy for the whole day which prompted one of the nurses to let the boys lie next to each other.

Here is the picture that took over my soul: 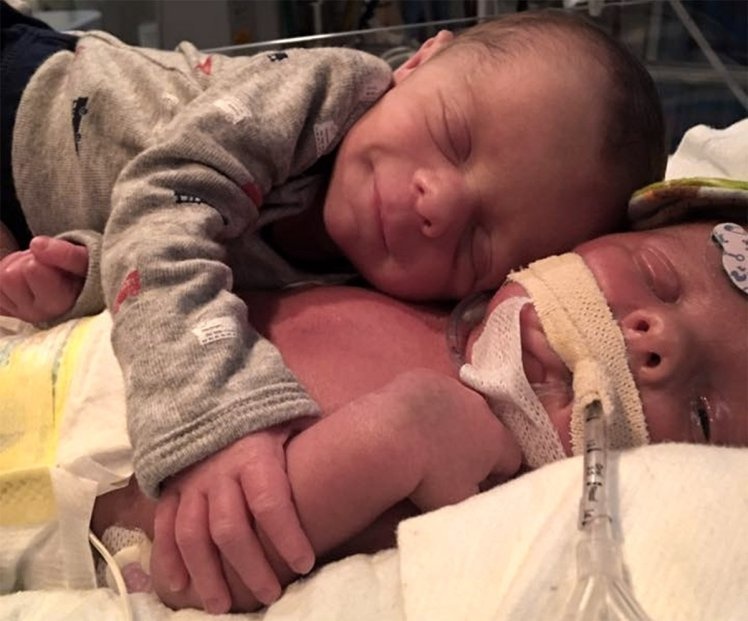 “So we laid him there and all of the sudden as soon as he felt Hawk, he reached his arm out and grabbed him and just started to smile. The two of them knew they were there for each other,” says Brandy.

Even though Hawk was in people’s prayers all the time, a week after, the family shared that Hawk has passed away.

Here is what the family shared:

“Our hearts are saddened this morning as our sweet little man was called home to be with Jesus. He went very peacefully and we know he’s no longer suffering. Please give us some time to grieve and try to start the healing process”

Mason will always feel that missing piece deep inside him.